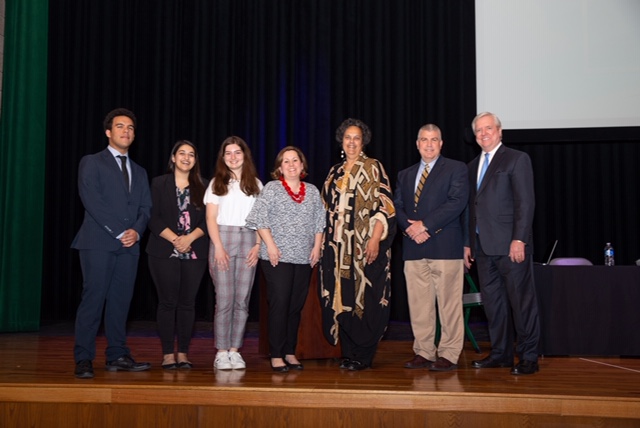 Three high school seniors from the YSCA Youth Advisory Board took to the stage with three prominent speakers to discuss current events, toxic discourse, and how to shape the future.  The event was attended by students from a variety of Frisco ISD high schools, and the audience was able to contribute to the discussion through Q & A.  Feedback from the event was very positive and attendees requested that we do another event like this soon, but they have asked that it be longer so there is even more time to discuss the topics in depth.

The speakers at this event included:

Lewis Sifford, Esquire – Texas Trial Lawyer of the Year and former President of the American Board of Trial Advocates

Professor Cheryl Brown Wattley – Author of “A Step Toward Brown v. Board of Education” 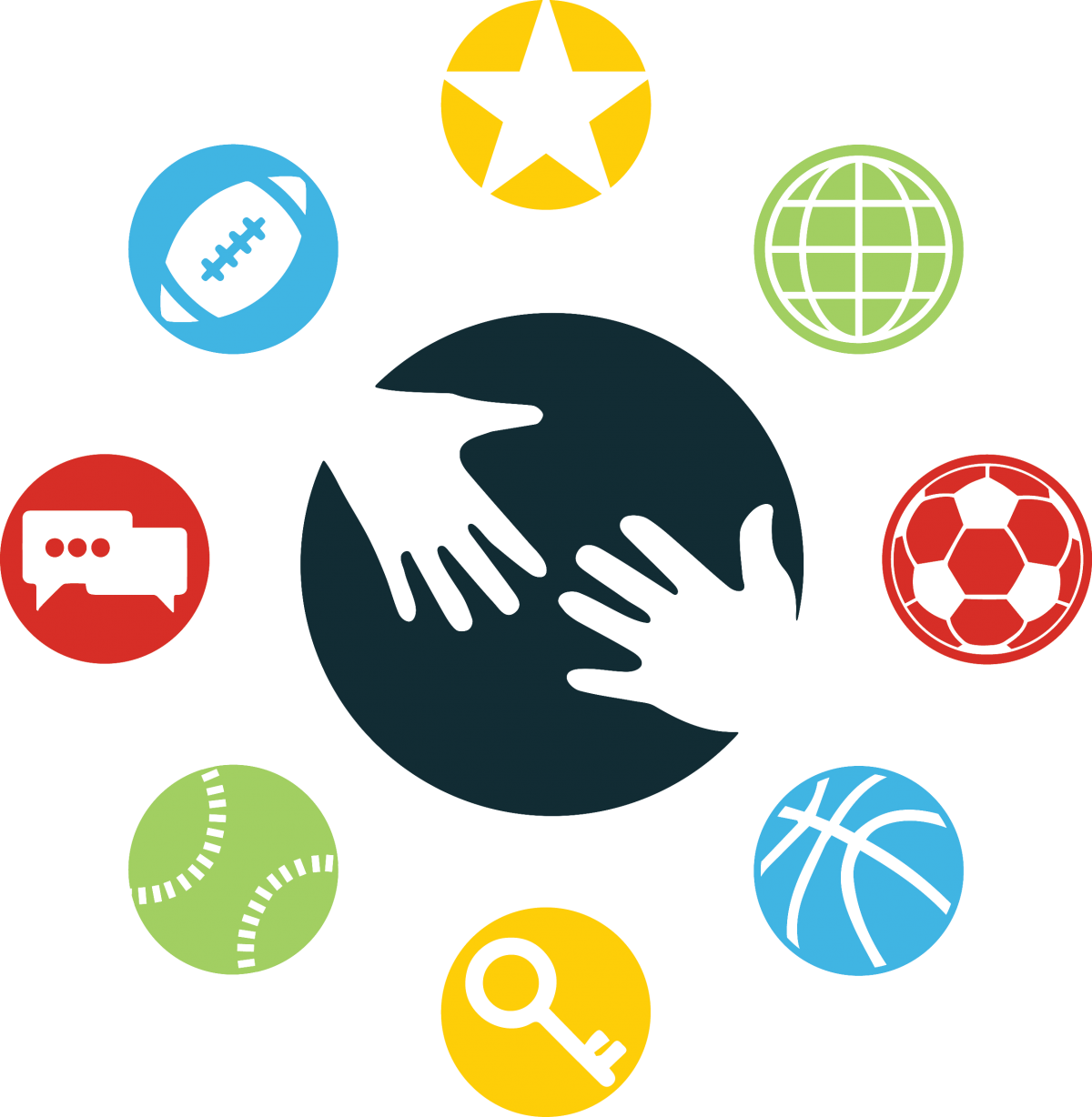 Civil Discourse. What does that mean? Essentially, civil discourse means to have a debate. But doesn’t having a debate mean having an argument? And of course having an argument means that the parties have to be heated, angry, and foul right? Wrong. Somewhere along the road in history, we as a society decided that debating something meant that we were suppose to give our opinions and defend them until the matter was over. Somewhere along the road, debates stopped being a discussion about both sides of a conflict where one rationally weighs the pros and cons of each side, and instead, turned into an aggressive medium for one’s opinions to be forced onto others.

The Youth Safety and Civility Alliance is striving to teach today’s generations how to participate in civil discourse appropriately. As a student, I can testify that I have sat in many social science classes over the years and have been asked to give my opinion on controversial subjects and sensitive topics. As outgoing and confident as I am, I initially don’t mind chiming into the conversation, until I feel the sour looks fall on me and another student barks at me for holding a different opinion than them. Everyone is so defensive. Everyone needs to have the last word. It’s as if our thoughts are irrelevant if the class isn’t finished having a discussion after we finish our point. Why does my political stance translate into the judge of my character? Why do my peers decide if I’m a good person or not based on an idea that I wanted to share?  Why does society decide if they want to be respectful to someone based on their political or religious beliefs? I am so much more than what you learned about me while listening to my two minute anecdote, stating whether or not I agree with the new policy being implemented or the outcome of the landmark supreme court case in discussion.

I am overjoyed to grow up in a place and time where we can share our ideas, but I am heartbroken to admit that the Freedom of Speech is not free. The first amendment gives you the right to say what you please, but it comes with a cost. It comes with the disapproval and hatred of others. It comes with a permanent reputation. It comes with a tainted aura that you must carry with you from class to class as you smile at your peers in the hallways and they brush past you with a look of disgust. Today’s social climate has decided that the Freedom of Speech is not necessarily free. As a society, we assume that because someone holds one viewpoint, they must also hold all the other ones associated with extremely right-winged or extremely left-winged political agendas. We assume that if someone admits to practicing a certain religion, they fall under all the beliefs of the negative stereotypes we see in the media. It is wrong to judge a person’s character based on an opinion they hold. Our value is discernible through our actions, not our words. It is time for adults to start teaching students that it is perfectly acceptable to believe something different from their best friend, and it is time for children to believe it. It is perfectly acceptable to be different, in fact, we want that! We teach kids to be themselves, we want them to feel confident and self-assured. But, as we get older, it becomes harder and harder to open up and share oneself with the world because we are scared to face the inevitable backlash.

We need to learn how to engage in civil discourse. We need to learn how to have inclusive, mature, and thought-provoking discussions with others-where we share our ideas with the intent to teach and learn, not with the intent to be right or better than others. We have a right to the freedom of speech, so we need to foster a free environment where everyone can feel confident about sharing their ideas without having to suffer for what they said. We need to engage in conversation that is intended to enhance understanding. We need civil discourse. 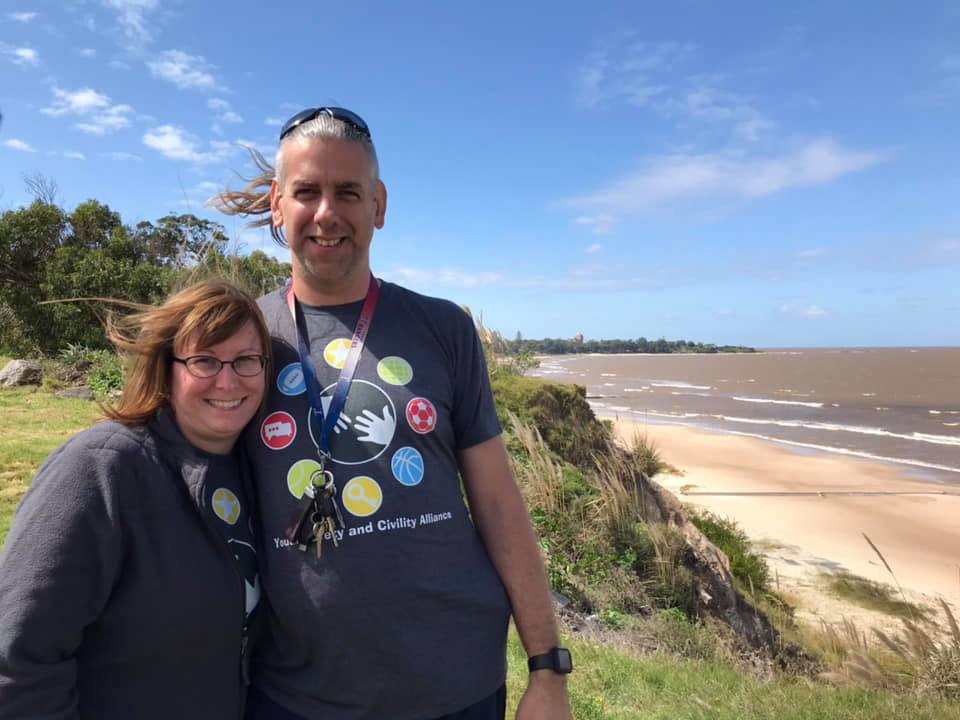 One of our Board Members is currently living abroad in Uruguay, but it’s a small world with YSCA!  Abby Kraemer and Gonzalo Novoa graciously hosted friends and family and also helped us solidify technical details and plans for our April 4th Panel Discussion from South America at the same time!  (Abby and Gonza are sound, light, and stage gurus!) 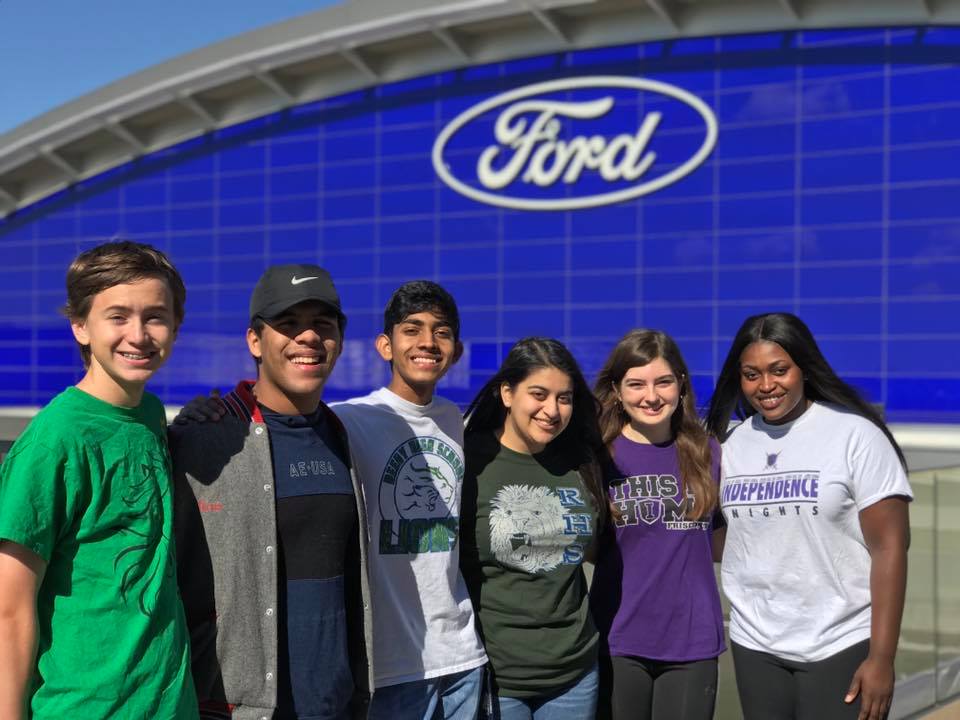 The Youth Safety and Civility Alliance was invited to participate in the Plano Sports Authority’s annual “PSA Pays it Forward” event.  Throughout the day, YSCA volunteers were able to interact with soccer and basketball coaches, players, and parents, promoted our “Campaign for Civility” and “Heads Up!” clinics as well as strategies for promoting sportsmanship on and off the field.  Several teams followed up with us after the event for more information or a one-on-one session with their team.

Did you know that “youth who are involved in sports report higher average levels of civic engagement…” and more likely to have volunteered and registered to vote?! [www.civicyouth.org]  PSA is one of the largest sports organizations in north Texas and it’s great to see that they are tying to foster a spirit of positive engagement in their leagues! 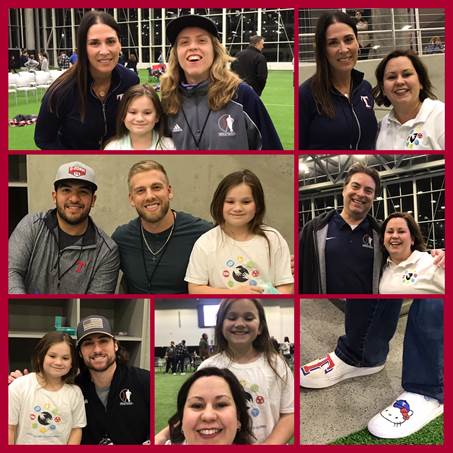 YSCA supporters were excited to show their support for Keeper of the Game Foundation’s Movie Night at Baylor, Scott, and White Sports Performance Center at the Star.  If you haven’t seen the great things this organization is doing to encourage servant leaders, be sure to visit their website!  It was a fun night and we enjoyed meeting Texas Rangers reporter Emily Jones, professional baseball players Hunter Dozier (Royals), Jose Trevino (Rangers) and Ryan Vilade (Rockies). 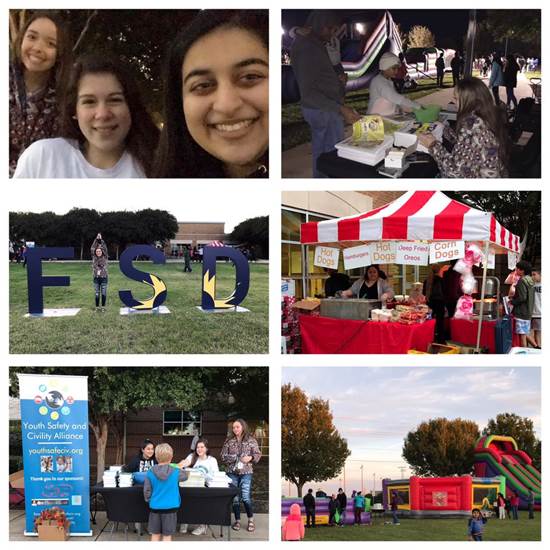 YSCA student volunteers attended Riddle Elementary School’s Fall Festival, where hundreds of kids and parents played the night away and raised money for Riddle programs!  YSCA coordinated with safety outreach programs through organizations like the Texas Department of Transportation, the Texas Municipal Courts Education Center, the Texas Alcoholic Beverage Commission, and Driving on the Right Side of the Road to provide every child in attendance with age-appropriate books on neighborhood safety and making good choices.  There were coloring books, story books, stickers, spiral notebooks, and more!  Not only did our volunteers facilitate the distribution of hundreds of books…they also had a blast helping to staff the rides and games!